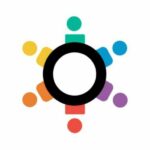 Why co-ops? They provide the best of both worlds!

The power of a large organization plus the entrepreneurial energy

The member owned non-profit Empower eCommerce Cooperative provides a way for YOU to join forces with link minded business owners and harness the power of the collective experiences and knowledge to make all of our businesses better.

Enhance the financial performance of members and vendors
Influence eCommerce marketplaces and relevant governments for our member’s benefit
How to help members create equity in the business and actually realize the wealth through Strategic Planning Create a reliable day to day resource and community to Empower member’s businesses.

Most entrepreneurs who have founded their companies are in reality fiercely independent and probably border on rebellious if we boil the fat off the bone.

But what if you could maintain your independence and be part of something that could resolve the sense of isolation?

One idea, one connection, one relationship, in an instant can change your business, your life, but more importantly it can change the course of history.

What if we could be INDEPENDENT TOGETHER?

Steve Simonson is a lifetime entrepreneur having founded, purchased, built, and sold numerous companies over the past 3 decades.

Along the way Steve’s companies have been publicly recognized with three consecutive years on the Inc. 500 list, multiple listings on the Internet Retailer Top 500, Washington State Fastest Growing Business as well as a number of other company accolades. Steve was also a finalist in the Ernst and Young Entrepreneur of the Year Award.

Steve is especially passionate about entrepreneurship and is inspired by the great Zig Ziglar quote: “You can have everything in life you want, if you will just help other people get what they want.”

Over the past 30 years, Evan gained extensive management experience in all areas of cooperatives.  In the early 90s, Evan was brought in to run, manage and build a new leadership team of a large cooperative when the entire startup management team quit at the same time   Evan managed CCA Global Partners’ purchase of the bankrupt Flooring American franchise system, converting it to a cooperative and increasing business from $700,000,000 to $2,000,000,000 in just four years.    Evan was also president of Carpet One, CCA’s largest division with over $3 billion in sales operating in four countries. Additionally, Evan managed the CCA relationship with a cooperative of 200 floor covering stores in the UK.   Evan was one of the founders and board members of the Lenders One cooperative which today originates over $180 billion in mortgages. Evan also oversaw CCA’s creation of the Savvi Formalwear cooperative and the Biking Cooperative and was one of the founders and first President of BizUnite.

Currently, Evan is the founder and CEO of Ingage Consulting. In that role and has worked with over 20 cooperatives.

Empowery has a team of people working around the clock to bring better ideas, resources, suppliers, hacks, prices, and much more to online focused companies.

Because the coop is member owned that means the owners of the company are those companies who comprise its membership. Further beyond the basic operational expenses of the cooperative the majority of revenue is distributed back to each member via annual CASHBACK awards to each member based on their purchases using cooperative suppliers.

The most important things about us that you need to know are what we believe:

We believe in winning.

We believe in the Golden Rule.

We believe in long-term relationships.

We believe that we are better together.

We believe Entrepreneurs are changing the world.

We believe in putting our name on everything we do.

We believe Entrepreneurs make the world a better place.

We believe a winning Strategy is a prerequisite to success.

We believe in honoring our commitments without exception.

We believe in PEOPLE: Our members. Our team. Our partners.

We believe in doing the right thing; even when nobody is looking.

THE REAL QUESTION IS:

WHAT DO YOU BELIEVE?